How does HPV lead to cervical cancer?

How does HPV lead to cervical cancer?

The cervix is made of cartilage and covered by squamous and cylindrical cells, connects the uterus and vagina. Cervical cancer is a malignant tumor that could invade the cervix and spread all over the body, from adjacent organs such as vagina, nerves, pelvis and kidney, to more distant organs such as liver, lungs or the brain.

Cervical cancer is not a hereditary disease, the main cause of the disease is being infected with HPV. The continuous attack by HPV would cause pathological changes in cervix cells, the abnormal cells are called Cervical Intraepithelial Neoplasia (CIN). CIN can be further divided into CIN1, CIN2 and CIN3, in accordance to severity. The abnormal cells are not cancer cells, however, if the virus could not be eliminated by the immune system or the cervix is continuously infected by HPV, cervical cancer may then be developed eventually.

The table below explains how HPV leads to cervical cancer: 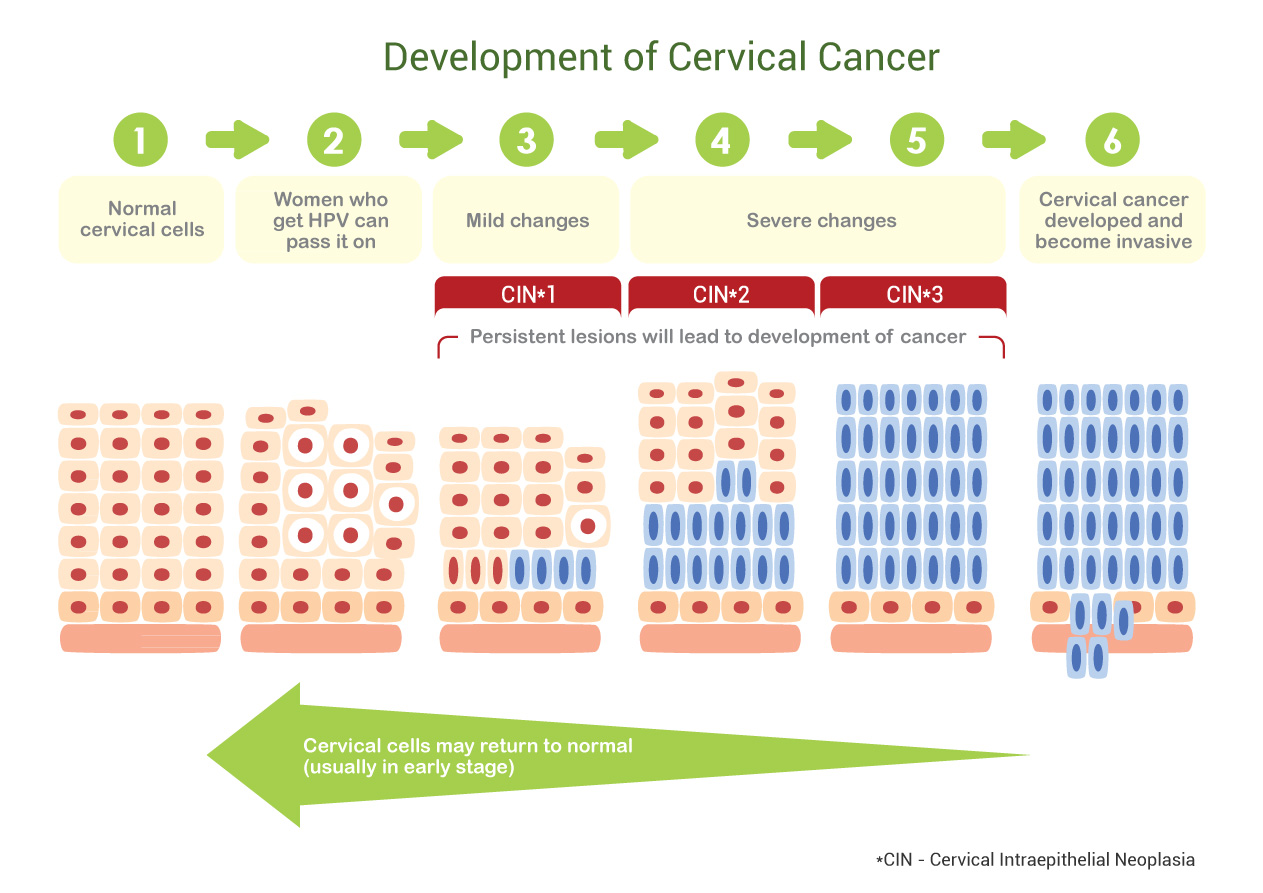